skip to main | skip to sidebar

Although I am not in America at the moment, I am first and foremost an American. I am Proud to be one. Like many fellow Americans and people throughout the world I am remembering today and the tragic events that took place on September 11, 2001. It is hard to believe that so many years have past since this event took place. The wounds are still fresh in my mind and nothing can ever make up for the senseless tragedy that took place. 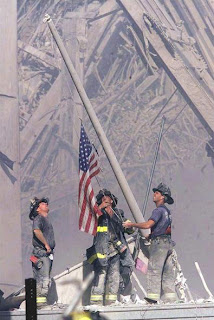 I remember exactly what I was doing when I heard the news of a plane being driven into one of the Twin Towers. I was at my locker (I was a freshman in H.S.) getting ready to head to my science class which was right across the hall from said locker. A friend of mine, Jake, came rushing up and said that a plane was flown into the Twin Towers. A small Midwestern girl that I am had no idea what the Twin Towers were. But I immediately went to class where my teacher was crying and playing it on the television. I sat there with many fellow students and cried, while I didn't personally lose anyone in this tragedy I still felt the pain and loss like we all did.

I ended up moving to New Jersey, a mere 30 minutes outside of NYC, in 2006. I heard firsthand stories from people that were in the city at the time and people who lost loved ones. I don't think that enough could be said to portray the depth of the tragedy that took place on this day a mere 9 years ago 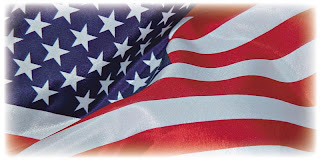 My heart goes out to everyone that lost someone on this tragic day.
Posted by The International Loser at 2:11 AM

The International Loser
You will find all you need to know (including pictures!) in my About Me Post so go ahead and check it out! Start- 286 lbs Current-218